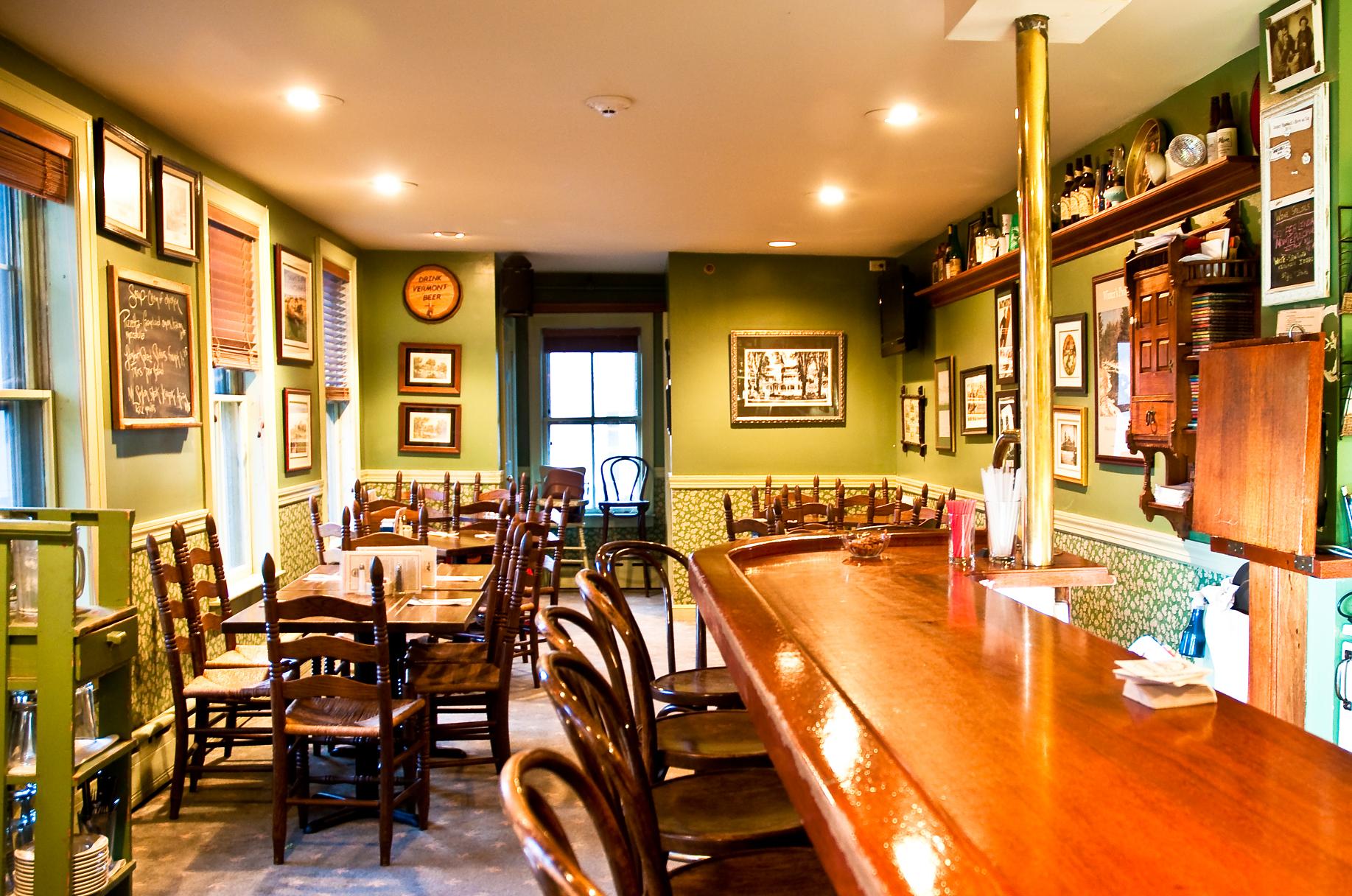 Our Brew Master Jeremy Hebert is proud to welcome you to the Brewery at the Norwich Inn, one of the top breweries in Vermont and the home of Jasper Murdock Ales, brewed right on-site.

President James Monroe dined at the Norwich Inn in 1817 while on a horseback tour of the New England frontier. Alas, history does not record whether he had a beer. But if he did, it was most likely brewed at the Inn. Vermont had no commercial breweries at the time, and the local beers were brewed in very small batches. Even the biggest copper kettle provided just enough ale for the brewer and his guests. By 1995, a historic livery building was renovated and outfitted with a new four-barrel brew house, which now produces 125-gallon batches. Our Ales and Lagers are crafted from the finest malts and hops, occasionally including hops grown in our own hop garden here at the Inn. Because filtration can strip flavor and body from a beer, the yeast is allowed to settle out naturally in an extended cold-aging period to ensure that all the goodness reaches your palate. The Vermont craft beer is then pumped underground and across the 100 foot distance from the Brewery cellar to our Pub at the Inn, where we rotate 8 different beers, plus one cask ale. With our expanded tap capacity, we now are able to offer Guest Taps, which will usually feature beers from other popular Vermont breweries.

Keeping with tradition and adding to the treat, our Vermont craft beers are sold only at the Inn. Bottled brew in many of our varieties is available by the 22 ounce bottle, by the case, the 5 gallon keg….and now Growlers.

Call ahead or just drop by the front desk to pick up your beer at the Inn. Recently, our Vermont microbrewery introduced a signature ale cheese in collaboration with Woodstock’s Vermont Farmstead Cheese Company: Jasper Murdock Whistling Pig Ale Cheddar. It too is available for sale at the Inn.

Our Beers Currently on Tap

A dark amber, full bodied beer with unmistakable malt character, highlighted by notes of caramel. Brewed in the Scottish tradition of “low and slow” (lower fermentation temperature over a longer period of time).

If you are looking for something a little bit different, this full bodied American Stout is dark as night, and has a pleasant tang contributed by over a hundred pounds of Montmorency cherry puree.

Vermont’s soldiers in the Civil War used this name for the often frightful concoctions they fermented from hardtack (or anything else they could lay their hands on). Despite its historical connection, we’re confident you’ll enjoy this classic English Mild Ale, light, refreshing, and lightly hopped.

Jasper Murdock’s Private Stock is a strong ale that is tapped but once a year to usher in the holiday season. Never brewed the same way twice, this year’s version is dark brown, medium bodied, kissed by hops grown here at The Inn, and aged with rum infused American oak. A formidable but friendly ale […]

But fear not. You can steer clear of the path to perdition by allowing us to fill your glass with our German helles (light) lager. This balanced brew features light color and body, with low bitterness and a slightly sweet aroma and flavor. A very drinkable offering that just might save your soul.

This light-medium bodied American influenced IPA features three American hop varieties that deliver unmistakable grapefruit/pine aroma and flavors. A tribute to one of our most famous patrons and a beloved American icon, Theodore Seuss Geisel.

Inspired by an Irish Classic. Garnet red in color and full bodied with a rounded malty flavor and lingering hop aftertaste. First brewed for the Whistling Pig Game Dinner held on Groundhog Day.

How we do the Brew