7 Reasons to Visit Norwich This Spring Spring has officially sprung in Vermont. The snow is finally melting, the flowers are blooming, and the days are getting longer. It’s the perfect time of year to make the trip to our Vermont hotel, The Norwich Inn. Keep us in mind for your spring travels, and continue reading below for seven reasons to visit Norwich this spring.

There’s no better way to celebrate the arrival of warm weather than with a cold beer. Cheers to the newly-arrived spring season at our Norwich brewery, home of Jasper Murdock Ales.

Norwich spring is a special time of year, where Vermont transforms from a winter wonderland to a summer playground. There’s no better time of year to enjoy all that Vermont has to offer than during the spring. Get outside and get active this spring.

What better way to kick off a Norwich spring day than with a trip to the iconic King Arthur Baking Company, where you can sample your fill of sweets or take a baking class to learn to make your favorite treats at home.

Have a classic small-town experience with a visit to Dan & Whit’s General Store this spring. Their motto is “if we don’t have it, you don’t need it,” in reference to their all-encompassing inventory.

Springtime in Norwich means it’s officially time to hit the trails, now that you no longer need cross-country skis. Our favorite hikes include Gile Mountain Trail and Montshire’s Ridge and Hazen Trail.

It may not be summer yet, but it’s starting to get warm enough to explore the local swimming holes. This spring, head to Twenty Foot Hole on the Black River for a break from the heat.

7. The Farms and Orchards 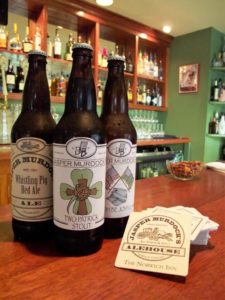 Experience the best of Vermont’s world-famous produce at the Sugarbush Farm. Sugar Bush Farm started as the first production site of cheese packaged in wax bars in 1945 and now boasts a plentiful production of cheese and maple products set amongst a charming hillside location.

To learn more about the lovely town of Norwich, Vermont, or to book your stay, head to our website. We can’t wait for you to get here. Vermont is a land of rolling hills, rocky peaks, wooded trails, and craft beers. In short, Vermont is a mecca for adventure in the Northeast. Additionally, as one of the Thirteen Colonies, each town, county, and wilderness area is layered in a rich history tied to the birth of our nation. Near the prestigious Dartmouth College, The Norwich Inn stands as it has since 1797, as a mecca of hospitality and fine dining in a quaint town marked by its general store. While our delightful Vermont inn and small-town atmosphere draw visitors from all over the country, we’re also perfectly positioned for a variety of Vermont day trips. Continue below to read our three-part guide to exploring Vermont.

If you’re visiting New England in search of a winter wonderland, Strafford should be on your shortlist of Vermont day trips. Just under half an hour on the road from The Norwich Inn, the Strafford Nordic Center provides locals and visitors with over 30 kilometers of groomed, skiable trails for skiers of all abilities.

If you’re in Vermont during the fall, spring, or summer months, hit the trails and check out some of the area’s best hiking. The Hazen Trail is an ideal Vermont day trip for nature lovers. The hike takes you through heavily-forested areas along the Connecticut River and is a moderate hike that’s just over four miles point-to-point. Much of the trail is on the Montshire Museum of Science property and may require a pass.

Vermont is known to many as the land of fall foliage and maple syrup, and Sugarbush Farm provides just that. Sugarbush Farm started as the first production site of cheese packaged in wax bars in 1945 and now boasts a plentiful production of cheese and maple products set amongst a charming hillside location. Tour the farm, sample the products, and enjoy this classic Vermont day trip.

The Norwich Inn is home to an in-house brewery and one of the largest wine selections in the state. For more information on our charming inn or to learn more about Vermont, please read further. So Near, Yet So Far So Near everything in the Upper Valley…..So Far from the routine chain experience

Spring “college visit” season is upon us. Whether you’re planning to tour the Dartmouth College campus, visit your favorite college student, or simply explore what Norwich and nearby Hanover have to offer, you’ll discover a one-of-a-kind historic Vermont inn just one mile from campus. Here are five reasons to stay at The Norwich Inn for your Dartmouth College visit: The Norwich Inn’s proximity to the area’s top attractions makes our Vermont inn your ideal “home base,” regardless of the season. We’re less than a mile from the world-famous King Arthur Flour, approximately one mile from Dartmouth College, four miles from Dartmouth-Hitchcock Medical Center, and less than 30 minutes from Woodstock, a quintessential Vermont village. Our historic Vermont inn is only a minute from the New Hampshire border, the serene Connecticut River, and Interstate 91 – you’ll always be in the midst of what’s happening in the Upper Valley.

Experience our dining room’s recent restoration as well as the fare of new Executive Chef Scott Liberty. Enjoy a culinary journey inside our cozy, historic dining room or the bustling Pub where our Jasper Murdock Ales are piped to the taps directly from our on-site brewery. Indulge in grilled grass-fed filet mignon, a grilled Faroe Island salmon fillet, succulent prime rib, or the wicked Whistling Pig Ale Cheddar Burger.

Steeped in history, The Norwich Inn captures the essence of the region. Dartmouth graduate, Colonel Jasper Murdock originally built the Inn in 1797. After a devastating fire, the historic Vermont inn was rebuilt 129 years ago in 1890. The inn still exudes its original Victorian charm to go along with new lodging buildings, the Walker House and Ivy Lodge.

The Norwich Inn is home to Jasper Murdock Ales, one of the oldest Vermont breweries. Whether you’re a craft beer aficionado or just curious about the brewery’s operations, you’ll find an ale that perfectly befits your palette. You’ll also discover a wide variety of rotating taps, including a traditional English style cask ale. Each beer has its own story; many of which were first brewed for special events!

We provide our guests with free Wi-Fi, parking, exercise room, and phone calls to U.S. and Canada!

Make The Norwich Inn your college visit headquarters by giving us a call today at 1-802-649-1143 or visiting us online at NorwichInn.com. We also recommend browsing through our Vermont getaway specials, which includes the popular “Visit Dartmouth College Special.”